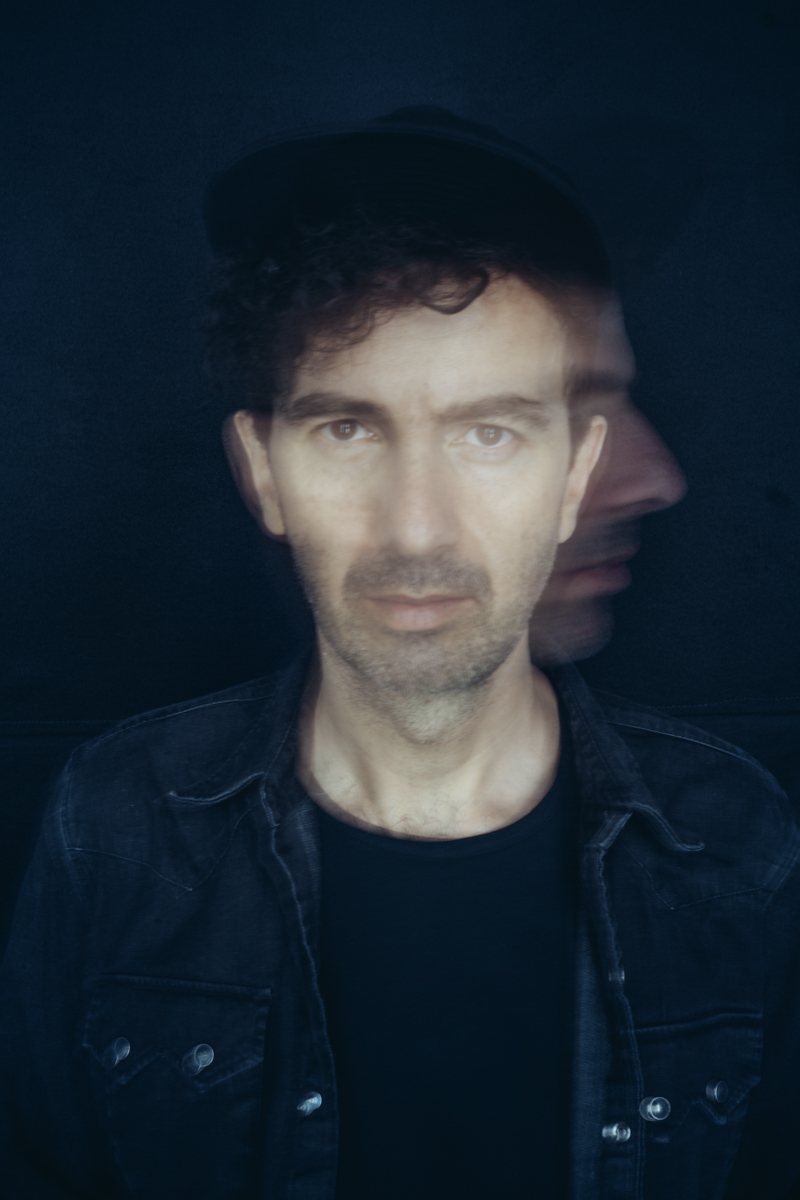 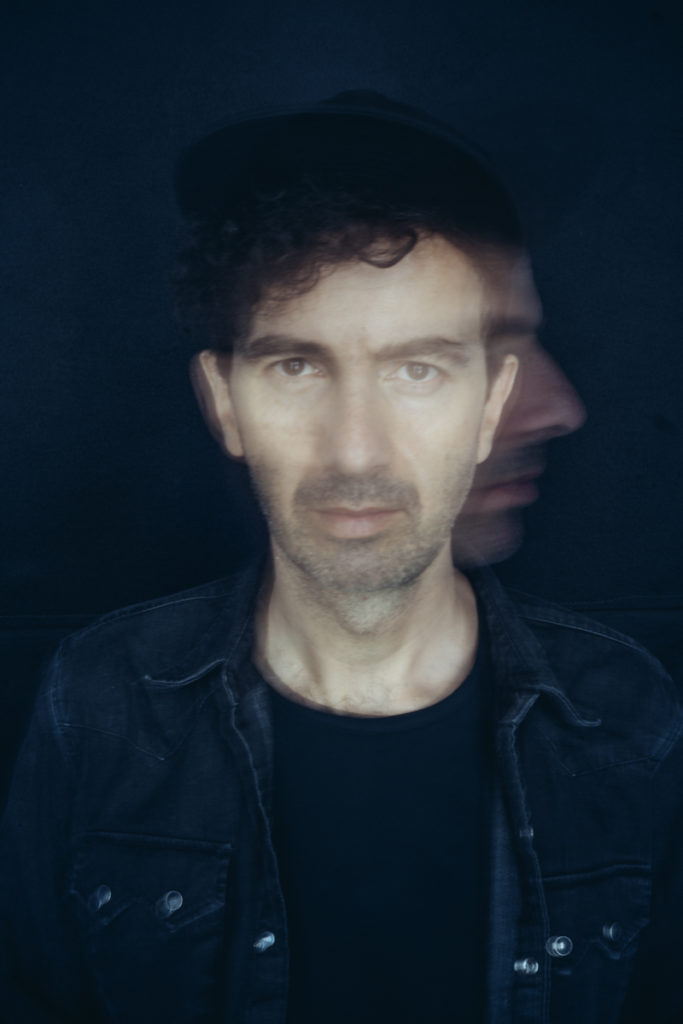 Kurt Uenala is a swiss electronic musician now based in Reykjavik after many years in New York City. He has composed and worked on numerous acclaimed music recordings such as Depeche Mode, Moby and The Kills during his time abroad.
He first made his name in 2003, debuting on the essential compilation The Sound Of Young New York. His song “Die Sleeping” was an early classic of dreamy, club-ready synth wave, and it caught the attention of fans and artists around the world. It eventually landed him a gig recording with Depeche Mode singer Dave Gahan, not to mention a long list of major acts such as Moby and The Kills.
The collaboration with Dave from Depeche Mode was especially fruitful—it wasn’t long before Kurt began writing original songs for the band. His love for vintage synthesizers, dark electronic music, and exploring unusual chord structures was a natural fit. The more Kurt worked with Dave and Depeche Mode, the more time he spent at the Manhattan recording studio. He soon started writing his own shadowy, melancholic songs, filling them with angular beats and moody atmospheres that would become his debut album “Cryosleep”.

Inspired by retro sci-fi films, electronic innovators and new wave, Kurt released his debut album under the artist name Null + Void. The album puts his extensive production experience into a wide variety of songs. Vocal performances by Black Rebel Motorcycle Club, The Big Pink, Light Asylum and Depeche Mode’s Dave Gahan bring their resonant humanity into the music’s austere beauty and cold dynamism. There are mighty rhythmic tracks too: the single “Asphalt Kiss” is built on Detroit electro’s mechanical bounce and has a sinister glint in its eyes.

Currently, his research interests are creating music for the non-hearing population and laser installations. At the concert for Raflost, Kurt will play new compositions and test out ideas. 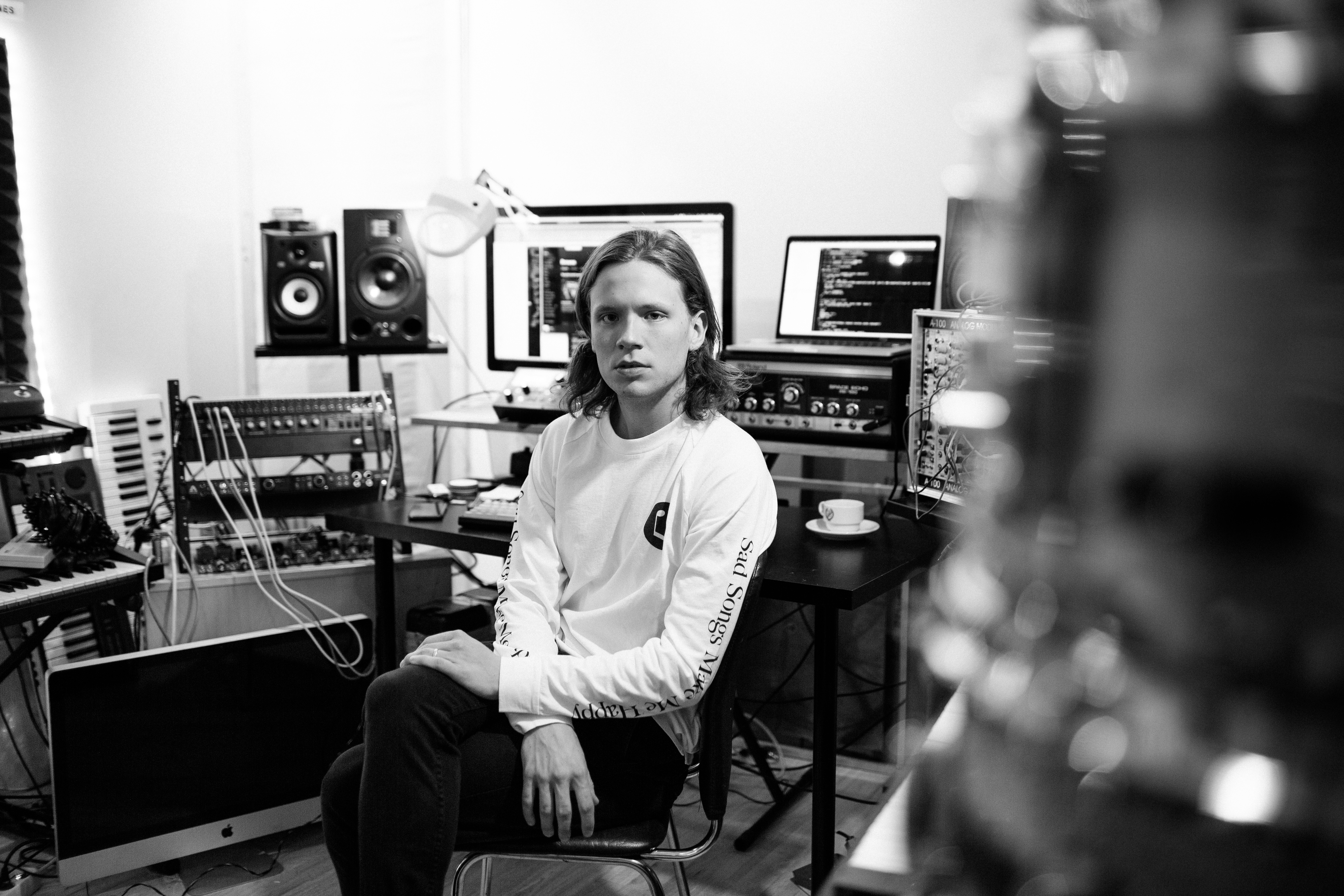 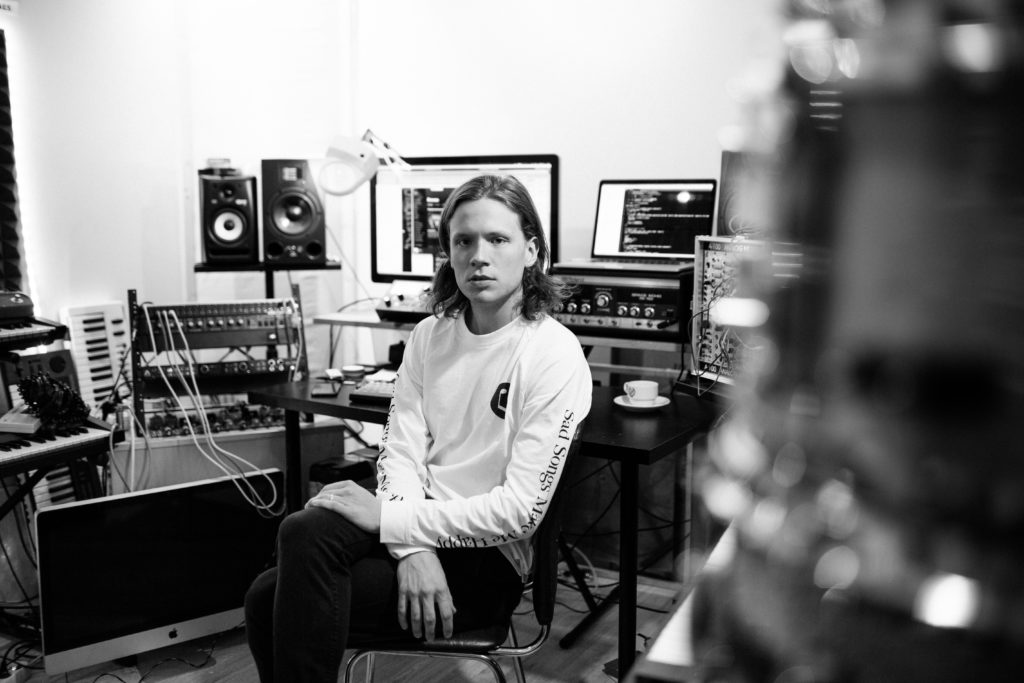 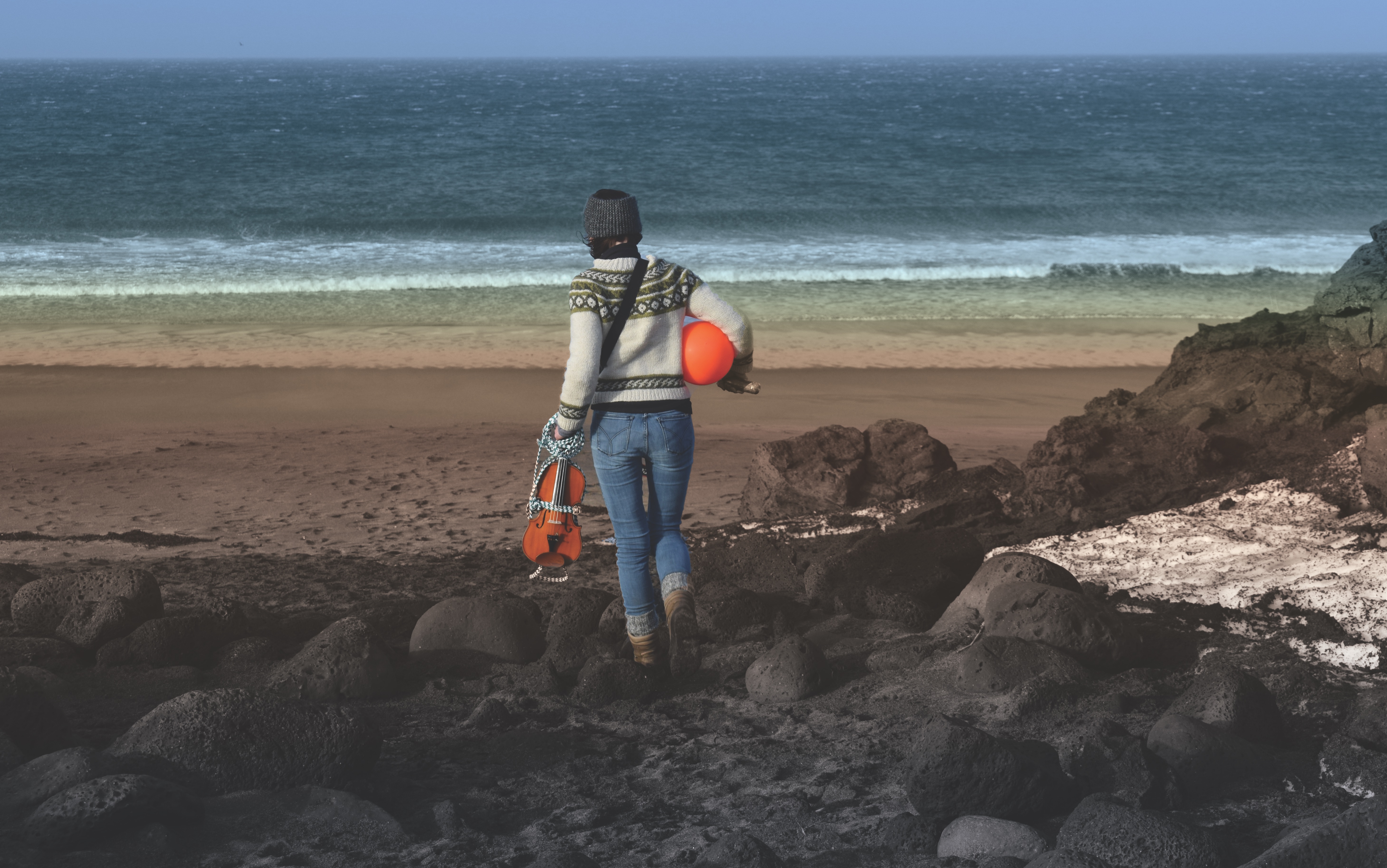 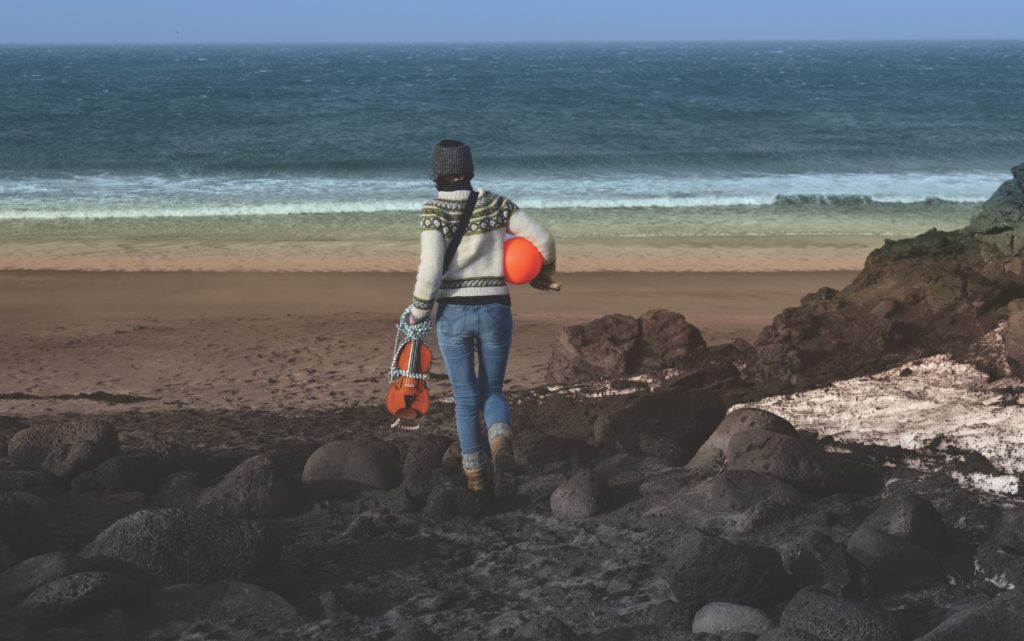 Excerpted from a rawlings’ collection of performance scores entitled Sound of Mull, “Intime” documents in-situ performances conducted on North Atlantic foreshores from 2016 to 2019 as sites of especial geochronological interest given climate change and naming the Anthropocene. “Intime” includes performance on the shoreline facing Herøya Industripark, Norway with a view towards an INEOS shale gas ship emblazoned with “Shale Gas for Chemicals.” “Intime” also includes performance of Laureen Burlat knitting plastic bags harvested from the shoreline of Loch Long. The video features UK nuclear submarine movement, counter-clockwise wind currents over the North Atlantic, footage from the Accelerator Mass Spectrometre and Radiocarbon Dating Laboratory at the Scottish Universities Environmental Research Centre, and birds circulating near Ólafsvík during a winter storm.

angela rawlings is a Canadian-Icelandic interdisciplinary artist whose books include Wide slumber for lepidopterists (Coach House Books, 2006), Gibber (online, 2012), o w n (CUE BOOKS, 2015), si tu (MaMa Multimedijalni Institut, 2017), and Sound of Mull (Laboratory for Aesthetics and Ecology, 2019). Her book Wide slumber was adapted to music theatre by Valgeir Sigurðsson and VaVaVoom (2014). Her libretti include Bodiless (for composer Gabrielle Herbst, 2014) and Longitude (for Davíð Brynjar Franzson, 2014). rawlings’ Áfall / Trauma was shortlisted for the Leslie Scalapino Award for Innovative Women Playwrights (2013). She is one-half of the performance duo Völva with Maja Jantar and one-half of the new music duo Moss Moss Not Moss with Rebecca Bruton. rawlings is the recipient of a Chalmers Arts Fellowship (2009-10) and held the position of Queensland Poet-in-Residence (2012). rawlings loves in Iceland. More: www.arawlings.is 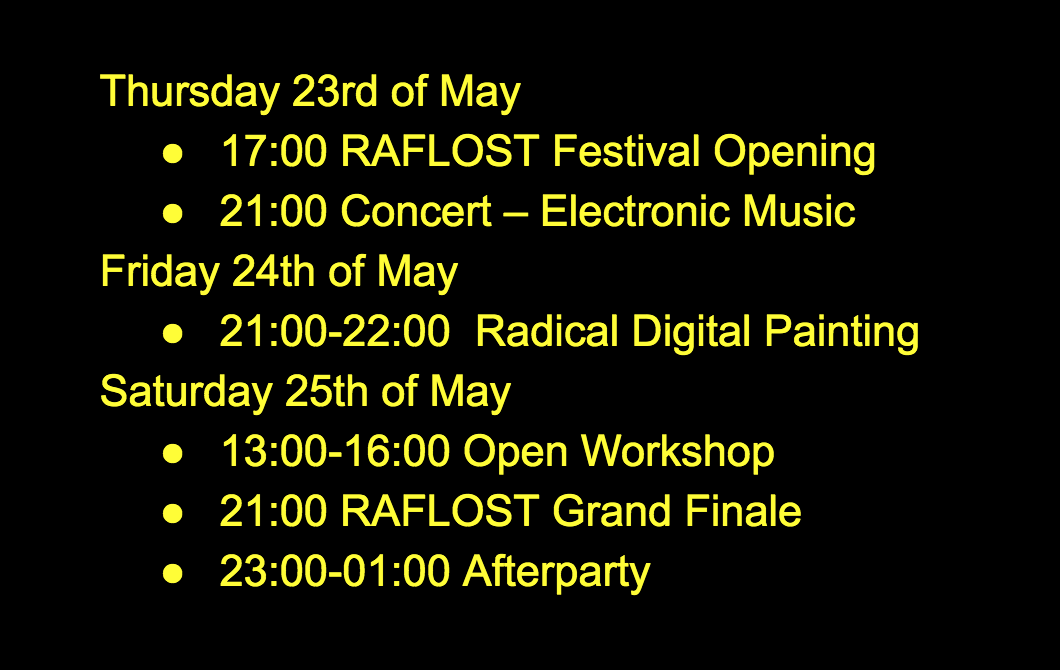 Thursday 23rd of May

Friday 24th of May

Saturday 25th of May

the RAFLOST festival is approaching!  confirmed dates are 23-24-25th of may, in collaboration with experimental performance space MENGI and ICELAND UNIVERSITY OF THE ARTS 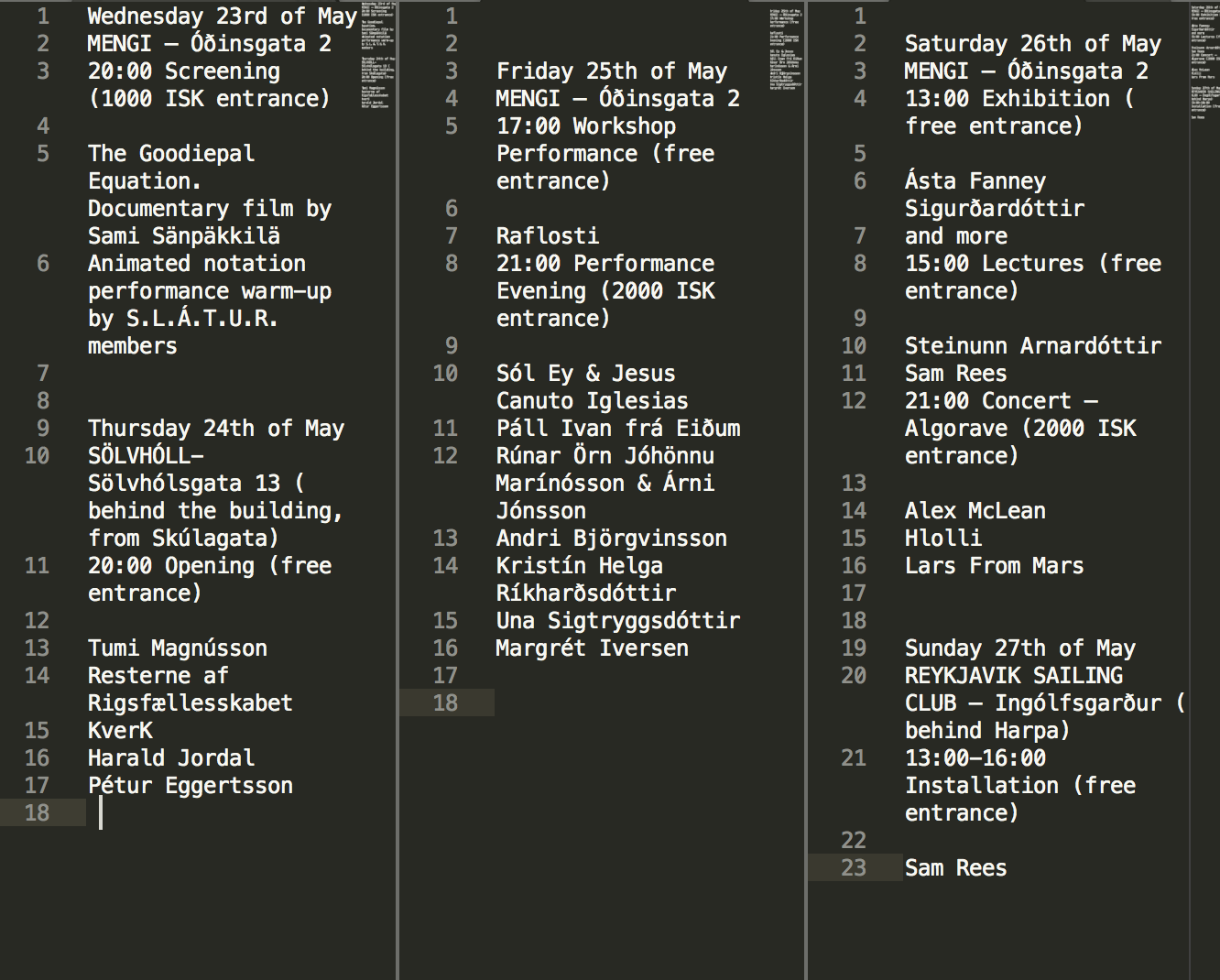 Wednesday 23rd of May

Thursday 24th of May

SÖLVHÓLL- Sölvhólsgata 13 (behind the building, from Skúlagata)
20:00 Opening (free entrance)

Friday 25th of May

Saturday 26th of May

Sunday 27th of May 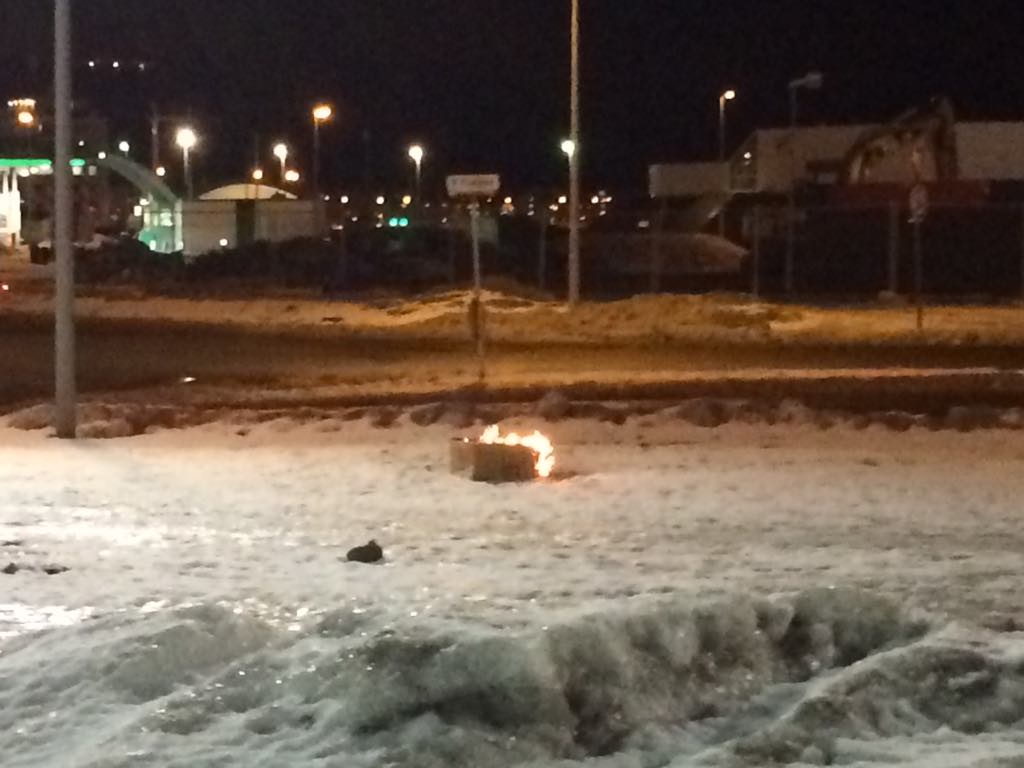 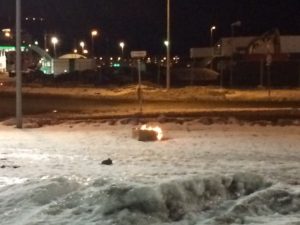 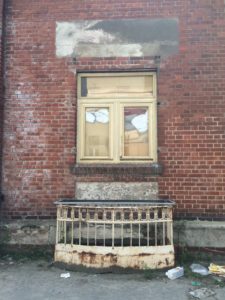 Margrét Iversen /// Magga is an visual artist, graduated from the Jutland Art Academy in 2013. She mostly works with sculptures with an element of sound or movement. 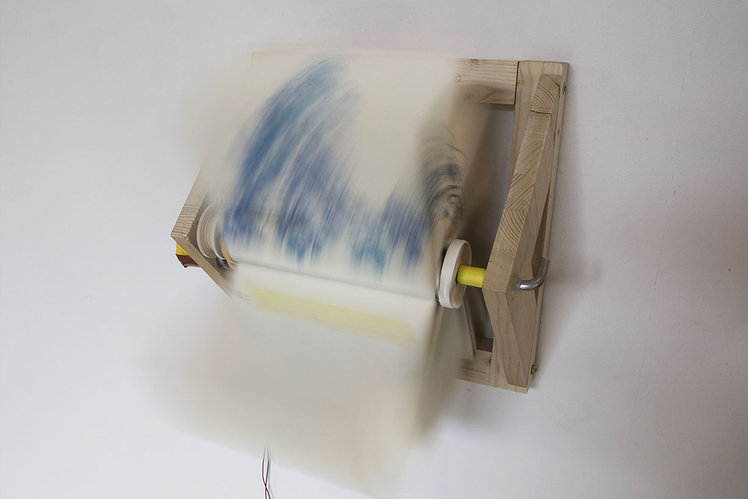 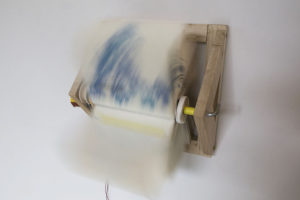 Duration is a self-contained performing object.

Una Sigtryggsdóttir is an artist based in Reykjavík. Her work breaks apart the apparent dichotomy between objective time(mechanisms such as clocks and calendars) and subjective time(perceived changes and experiences), choosing to focus on how these two methods of keeping time may intersect. In her work, flipbooks, shadows on draped fabric, and changes in Gross Domestic Product are equally valid as measures of time. These and other time-metric constructs are folded into her sculptures, videos, installations and music. 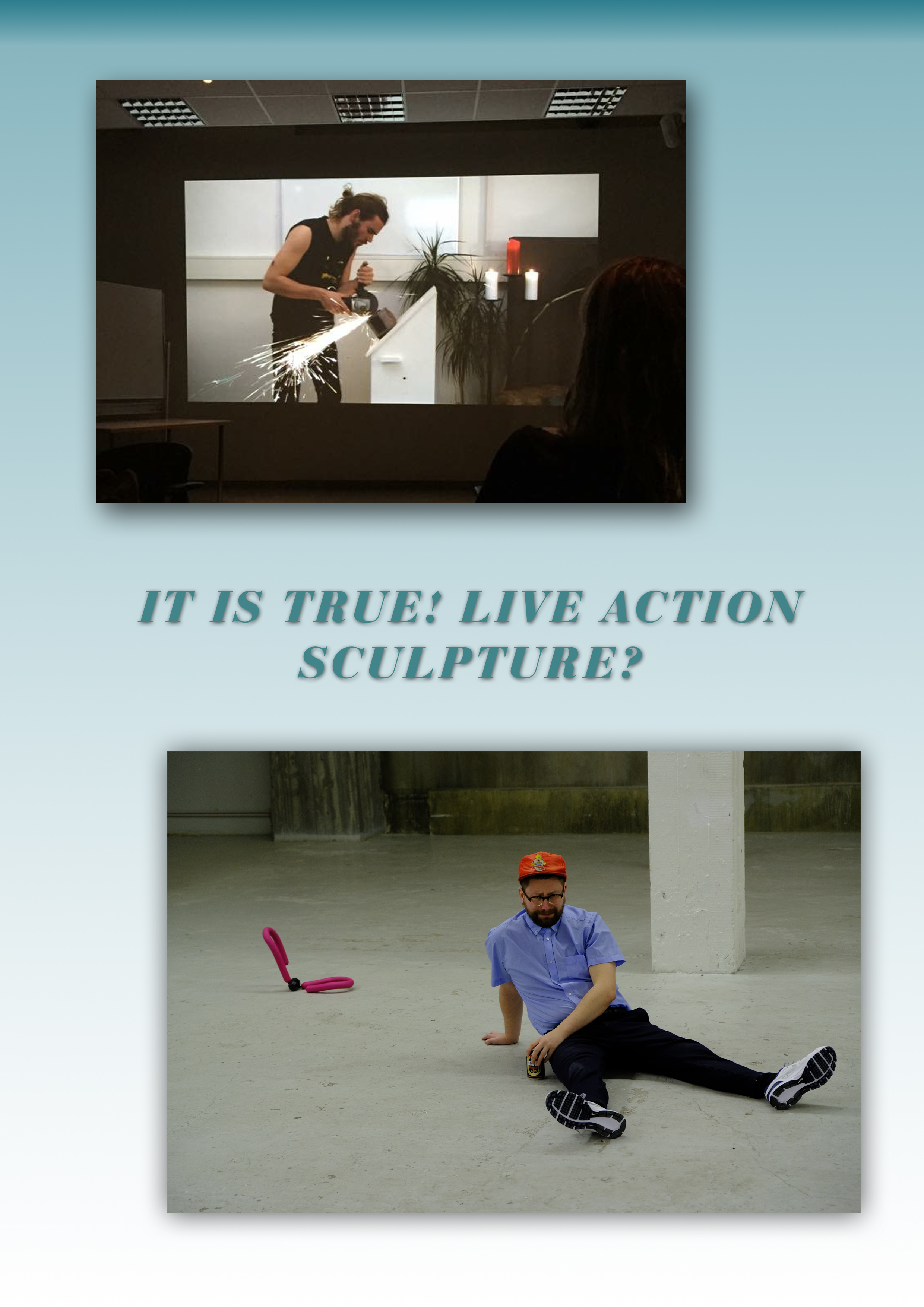 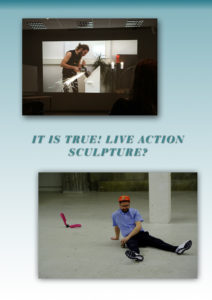 It is true! Live Action Sculpture?

Árni Jónsson and Rúnar Örn Jóhönnu Marinósson graduated together from the Fine Arts department of the Iceland University of the Arts in 2016. This will be their first collaborative work. 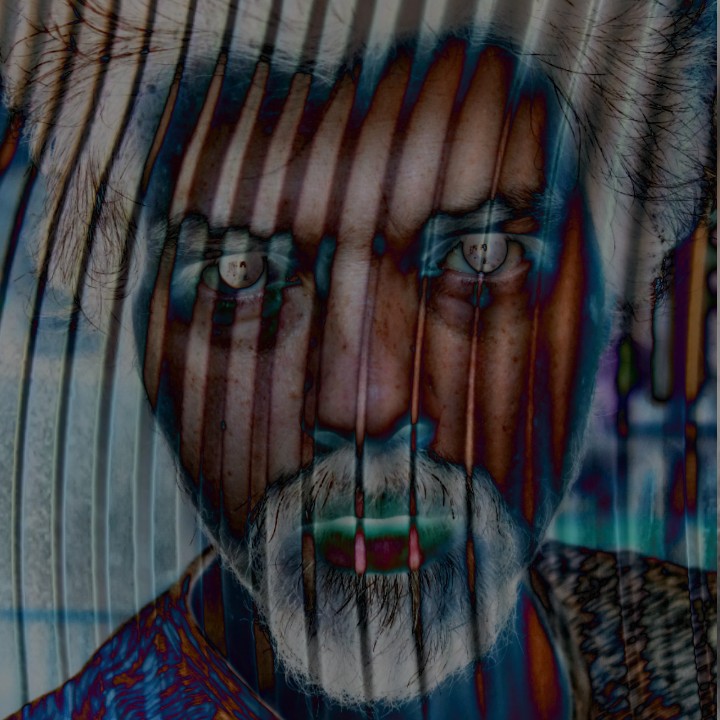 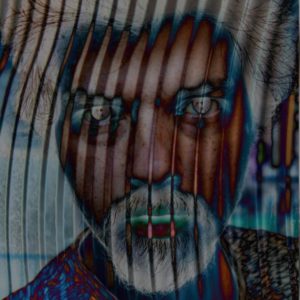 KverK is an experimental and immersive musical performance based on live electronics, real-time sampling and processing.
Tom Manoury develops interactive tools and intuitive interfaces allowing great performing freedom. Seeking to break the rigid and sequenced environment often inherent to computer-based music, he creates his music in a very organic way, producing an eclectic and personal sound. 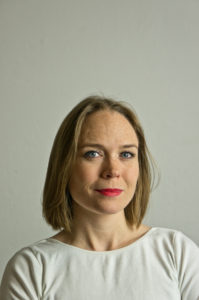 Andri Björgvinsson is an artist living in Reykjavík. 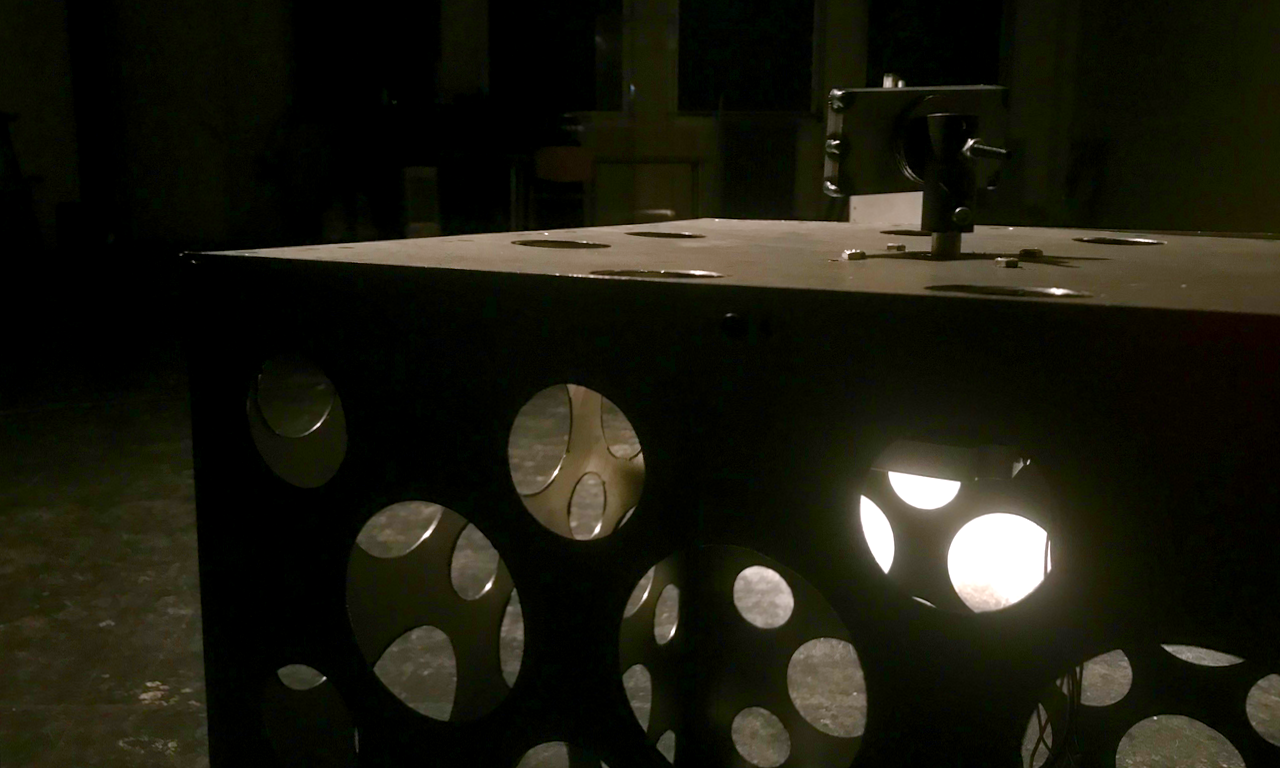 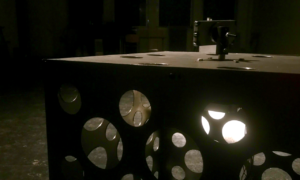 Material/Matter is a performance deriving from the work and research of Sól Ey and Jesus Canuto Iglesias. The performance uses sound sculptures of metal inspired by industrial machinery and its undesired artefacts. It explores the sonic and physical relationship of the sculptures and the performer. By playing with light, movements and space the performer is in control of playing the sculptures as instruments, exploring the inherent sound of the industrial and the beauty within the mass of noise.

Jesus Canuto Iglesias is a Spanish multiplatform artist currently living in The Hague. By making use of mediums and technologies he creates installations which experiment with different phenomena derived from the misguided perception of humans. He uses these common dualities or misunderstandings as a main topic in his works. He has a Masters degree in Advertisement and Fashion Photography from TAI University Center of the Arts and a Master Degree in Conceptual photography from EFTI in Madrid. He is currently studying Artscience in the Royal Academy of Arts of The Hague.

Sól Ey is an Icelandic sound artist, performer and instrument maker based in The Hague. Her work focuses on interdisciplinary approach to sound explores the possibilities of interactivity, new media and the connection between sound and space. By composing and creating new electronic instruments she looks for ways to expand the expressional possibilities of musical performance to be visual, physical or interactive. She is currently studying composition and sonology at the Royal Conservatoire of The Hague.

The RAFLOST festival will be held in Reykjavík, various locations, in collaboration with the Iceland Academy of the Arts, and Mengi venue for art and performance on the 24th – 26th of May 2018.

The RAFLOSTi workshop is open for students of the IAA, and through Opni Listaháskólinn anyone who wants to attend can apply here: http://www.lhi.is/opni-listahaskolinn

Wednesday 24th of May

Thursday 25th of May

Friday 26th of May

Saturday 27th of May 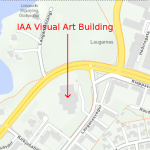 ** Sölvhóll Concert Hall is behind Sölvhólsgata 13, in a gray unmarked house, by Skúlagata 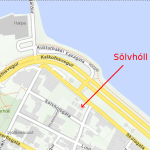 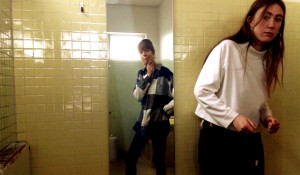 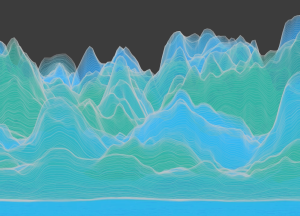 Agnes and Antonia are developing a new tool for measuring the impact of presence in a space at a given time.

Agnes Ársælsdóttir is currently studying Fine Art in The Icelandic Academy of the Arts. Her work is often in collaboration with the audience, sometimes to the extent that the piece itself would not exist without them. She has recently been working with sensors that detect movement, making the audience trigger sound.

Antonia González Alarcón is a Chilean artist currently based in Mexico. Her works focus on how people make themselves present in the world and how we can leave a testimony of our existence, through different interactive pieces.

The RAFLOSTi student workshop will start on monday 22nd of May and finish on friday 26th with an event of performances and installations at the Iceland Academy of the Arts, Laugarnesvegur 91 at 17:00.

It is open for students through the IAA: www.lhi.is 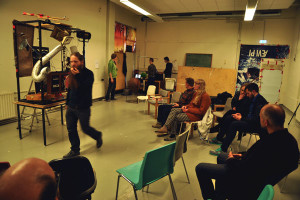 The RAFLOST festival will be taking place from the 25th until 27th of May in various locations in Reykjavík.  The schedule will be announced soon. 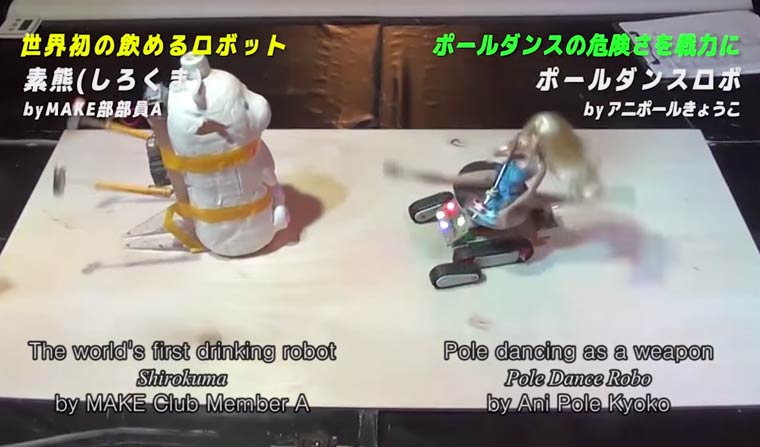 Here is more info on the HEBOCON robot contest. 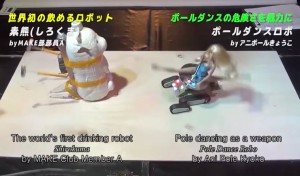 Participants should read these documents carefully: