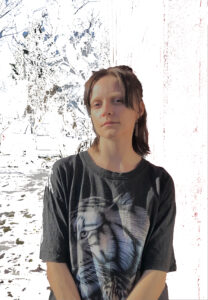 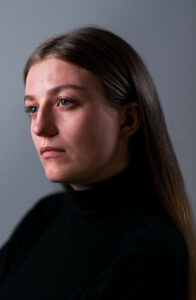 Growing up together in a small town in Iceland, their friendship, passions, interests and ideas were shaped by the freedom of their natural surroundings as much as they were influenced by the limitations of their environment. The duo’s unique way of collaborating and creating work together, while living in different countries for the past 6 years, has led to multiple different projects. Their artistic collaboration began when they created the audiovisual performance Ymur, premiering at the European audio and art festival Tut Töt Tuð in the Netherlands in 2017. Since then, their work has been presented at various exhibitions and events in Sweden, Austria, Iceland and The Netherlands.
Their work is experimental and observational, using video and audio as a means to collect information and material as well as communicating ideas to each other – resulting in interesting installation works and performances where the two mediums blend together. It explores the relations and opposites between the visual and the auditory, the natural and the superficial. It focuses on the seen, the heard, the felt elements of the world around us and gives new perspectives and roles to borrowed natural elements. Taking inspiration from the visible and hidden world of Icelandic nature, the contrast between human nature and nature, the weather and stories from their grandparents, amongst other things, each work is an autonomous result of their collaborative research of various perspectives and topics important to the artists, including social issues, human behaviour, and the spiritual mind to name a few.

Awakening is grasping,
is rising is becoming.

A single word has multiple meanings. Round and around, a constant circular movement. A circle has no beginning, no end. The Earth keeps moving around the Sun.

Resisting is noticing,
is trying is digesting.

Silence is the loudest with no one around. Our surroundings shape us and restrain us. The mind reacts and the body acts.

Imitating is observing,
is attracting is connecting.

A single emotion is far and near. Thoughts connect us and thoughts separate us. We learn from doing, from seeing, from hearing, our senses are tools leading us through.

Repelling is pushing,
is forcing is exploding.

Raging is punching,
is struggling is objecting.

A single feeling has multiple explanations. Eye contact is human contact, connecting and disconnecting. Frustration is a force.

Accepting is surrendering,
is complying is resting.

A single word has multiple meanings. Round and around, a constant circular movement. A circle has no beginning, no end. The Moon keeps moving around the Earth, round and around.

Helio is an audiovisual installation piece. The visual part of the work is a result of graphic notation research by visual artist Ásdís Birna Gylfadóttir. Through a collaboration with dancers Gabriel Marling Rideout, Marikki Nyfors and Sóley Ólafsdóttir, she has developed a unique dance notation system inspired by topographic maps.

The performance embodies the eternal cyclic movement of existence, inspired by the Earth’s orbit with the dancers moving in a constant circular movement. Containing six chapters, each can be described as a layer, where a layer is represented by a word from the text accompanying the work. Each word describes the movement of the layer they are paired with and every layer gradually adds to the story. The audio is controlled by the same words, creating a mystical and elusive soundscape by composer Ragnheiður Erla Björnsdóttir.