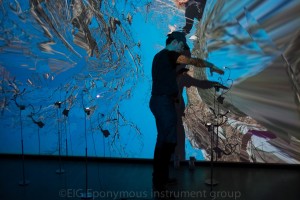 Video artist Haraldur Karlsson og Composer Daniel Schorno are former classmates of Sonology where they among other things studied the making of alternative electronic instruments. They have been active for almost two decades in giving exhibitions, workshops and performances. 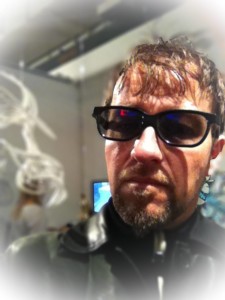 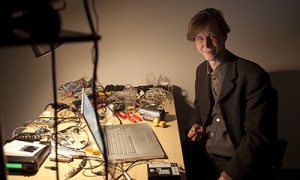 Haraldur Karlsson (1967, Reykjavik, Iceland) holds a diploma in Mixed-Media from the Icelandic art school in Reykjavik and BA diploma in Media-Art from AKI Enchede, Holland. Further to this he studied Sonology over 3 years in the Royal Conservatorium Den Haag under the guidance of professor Clarence Barlow. For many years Karlsson worked at the Icelandic Academy of Arts as the head of Media-Lab, which he had designed. Karlsson has had exhibitions, performances and lectures in Iceland, Holland, Belgium, England, Czech Republic, Finland and Norway. He is currently based in Oslo and works on several video-art commissions.