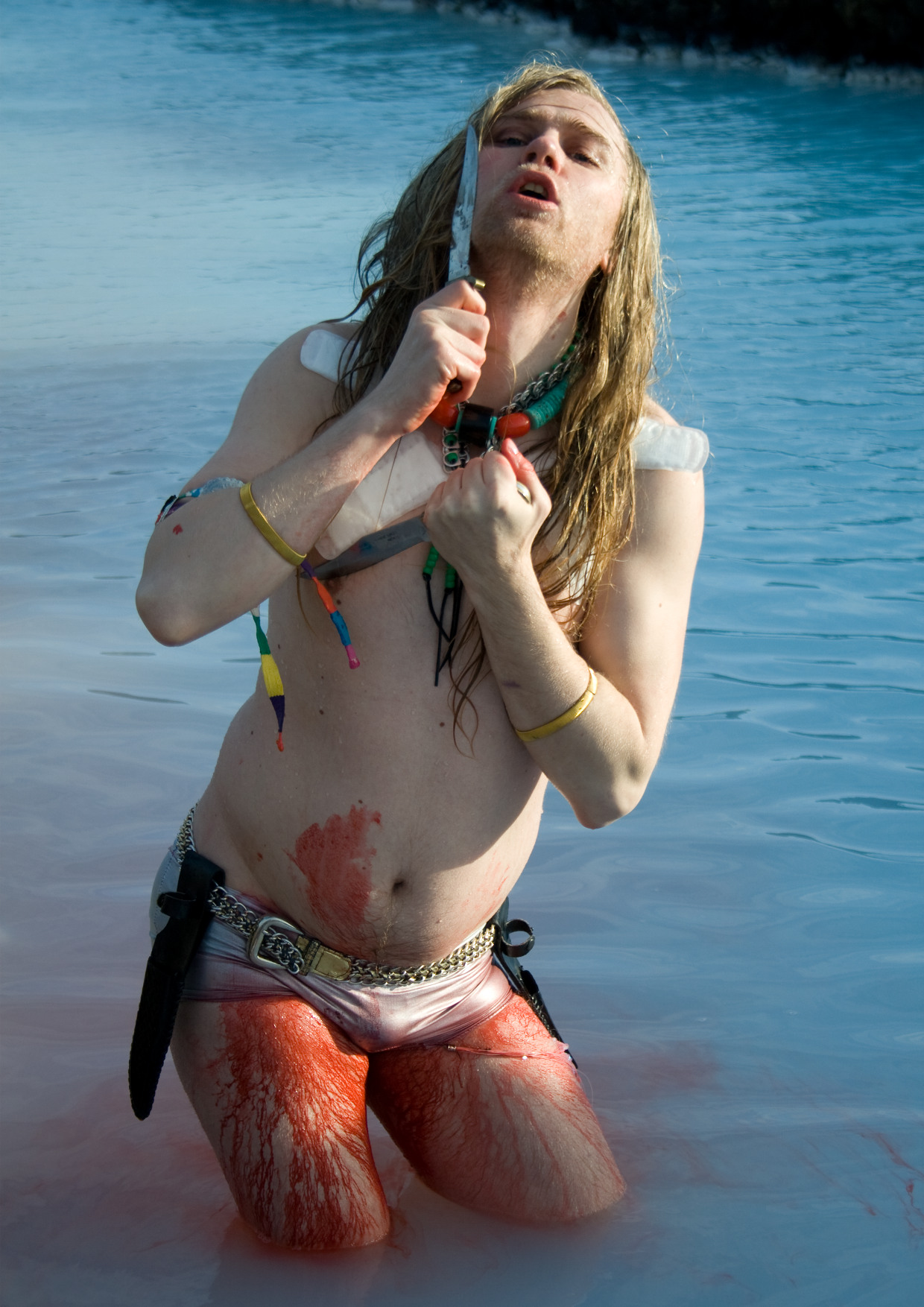 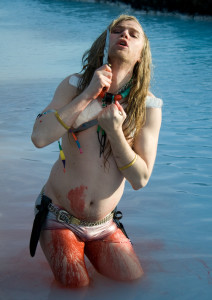 Born in 1979 in Reykjavík, Kolbeinn Hugi is an island dwelling artist of a generation that emerged in the wake of the cataclysmic great rift between art and artists in the bleak neo-capitalist Reykjavík of modern times.

Kolbeinn has developed a complex audiovisual language, using found materials, water-foam, fabrics and layered synthesized soundscapes. Visual motifs of pyramids and diamonds create ritualistic system within his work. Often using the body as a tool or a vehicle for ideas within his practice, recurring themes within his works have included, absurd realities, dream spaces, utopian projections and man’s modern day disconnect and systematic alienation from the environment.

Kolbeinn was contacted by Edgar Cayce in the informal setting of dream state trances established by the great sleeping medium after his death in 1945. There, he absorbed the acute sensibility to time and space associated with Cayce’s phantom sculptures as set up in his Astral Pavilion.

Kolbeinn’s work is simple work that doesn’t need explanation and aims for the heart, not for the head.

His work has been exhibited widely around the western world, and is preserved in the collection of the National Gallery of Iceland.