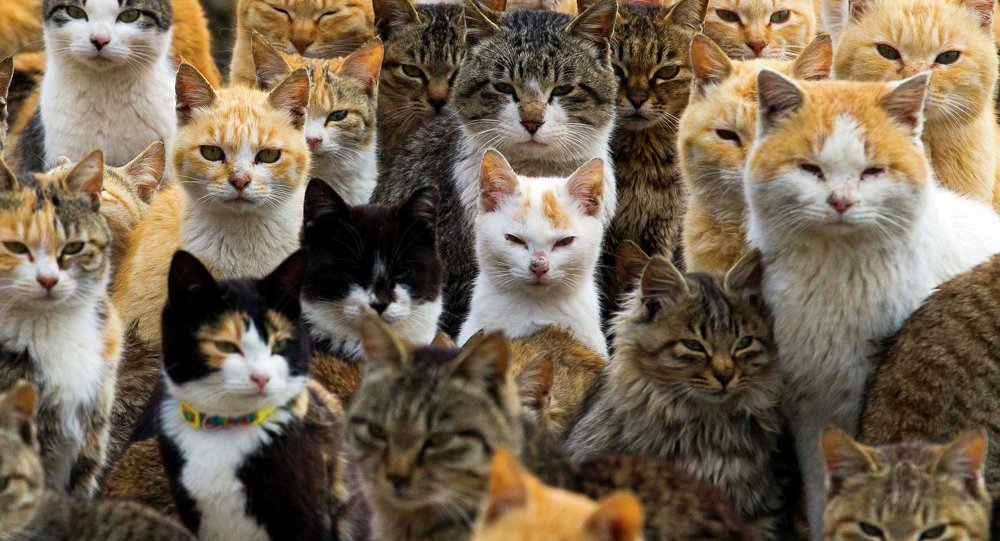 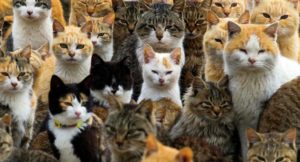 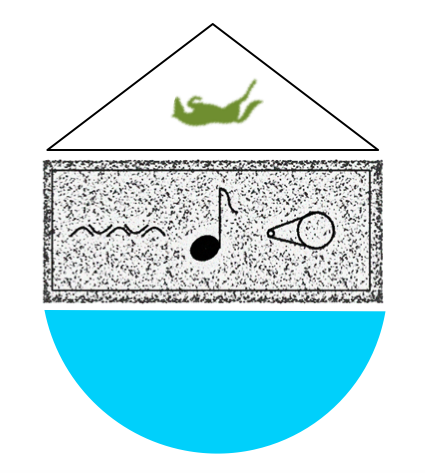 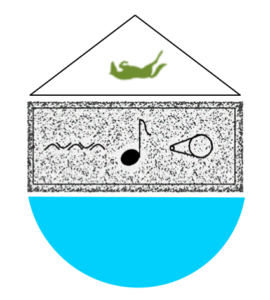 The exhibition is a description of a visual recipe for a composition.

Ásta Fanney is a multidisciplinary artist. Among the things she does is visual art, sound poetry, performances and experimental music. 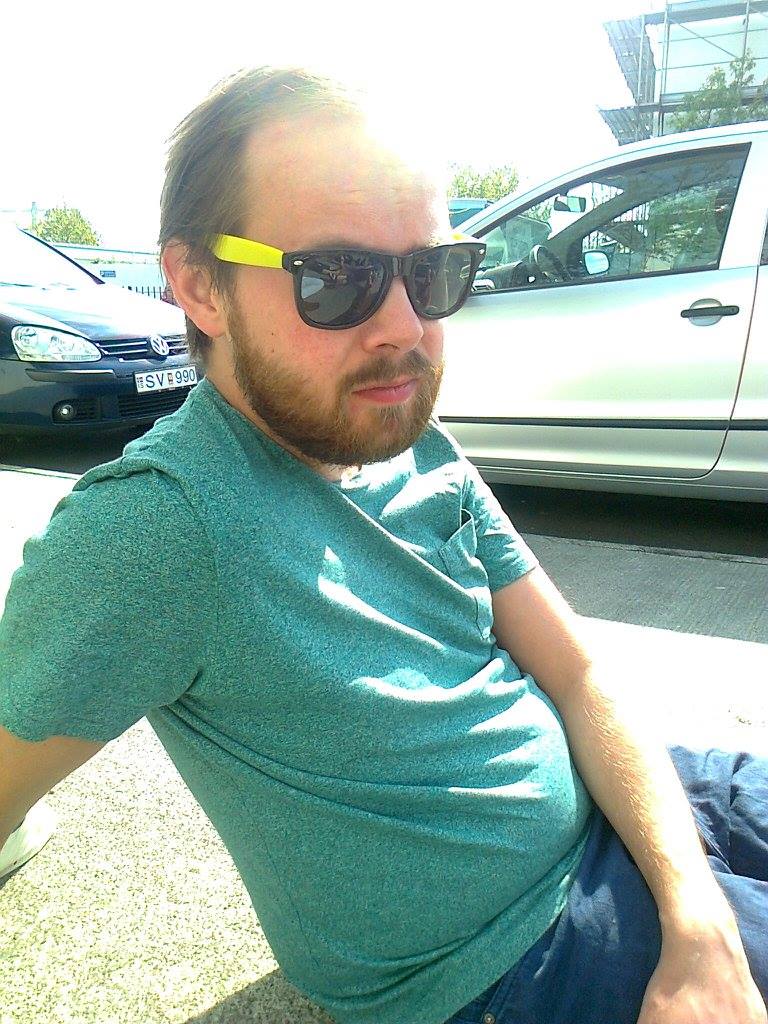 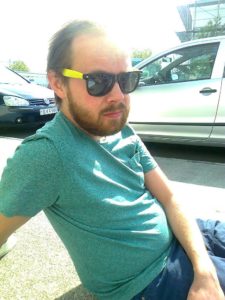 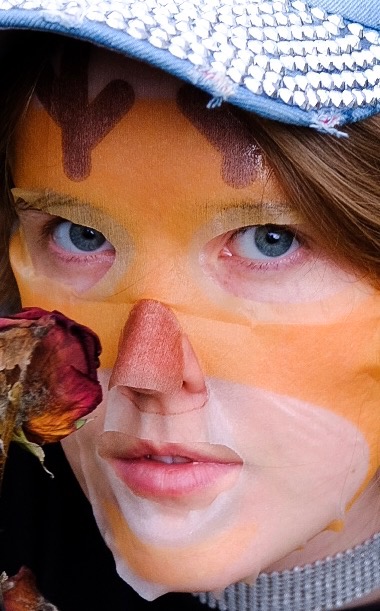 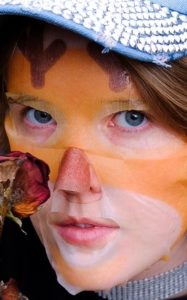 Kristin Helga Rikhardsdottir is an Icelandic visual artist, filmmaker and summertime park ranger currently living and working in Reykjavik. Using video, installations, photography and sound performances she explores the hyper-reality of everyday environment. She takes inspiration from her surroundings and works with society as an insider, a full participant and player. Her work has been featured in exhibitions in Iceland, as well as Sweden, the Czech Republic and Colombia. She holds a B.A. in Fine Arts from the Icelandic Academy of the Arts.

Tumi Magnússon was born in Iceland in 1957. He studied art at The Icelandic College of Art and Crafts, and at AKI (Academie voor Beeldende Kunst) in the Netherlands. His first solo exhibition was in the Red House Gallery in Akureyri, Iceland, in 1981, and he has shown extensively since then. His early exhibited works included objects, photographs and 8mm films.
In the early eighties he began experimenting with drawing and painting. His motives were figurative and equally informed by the free painting style of the period and conceptual art.
Over the following decade he experimented with the boundaries of painting as a medium, and his work evolved into installations of paintings and murals. This in turn led to his use of the photograph as a medium for installational wall works, and to video/sound installations.  Today he primarily works with multi-channel video and audio where the sound part plays an increasingly important role.
His installations very often have a strong site specific element, and he has maintained an adventurous and experimental approach to art.
Tumi Magnússon was a professor at the Iceland Academy of Art from 1999 to 2005, and at the Royal Danish Academy of Fine Art from 2005 to 2011. He currently lives and works in Copenhagen, Denmark, and spends his summers in Seyðisfjörður, Iceland.
http://tumimagnusson.com/
http://galeriekimbehm.com 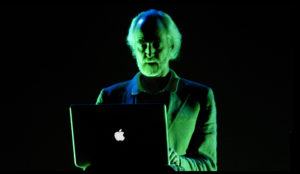 Lars Graugaard / Lars from Mars
Lars Graugaard is the composer of contemporary experimental music, who doubles as electronica performer using the alias Lars from Mars. Sometimes he is not quite certain which name to use – obviously, he needs more names.
Lars started out as a instrumental performer, later also composer of score music. He still composes quite a lot of score music, but in recent years he has used the computer as his performance vehicle, arriving at an electro style that brings together rhythms, textures and interaction. Much of it is with a strong drive, and much of it has rich and sustained pads. But however different these styles are, they are closely related in his music, because the power that music has to communicate is the passion behind his music.
http://www.graugaard-music.dk/
https://soundcloud.com/larsgraugaard

Harald Jordal presents a repertoire of instrumental music influenced by electroacoustic music, digital noise, alternative rock. He sometimes sings, in English and his mother tongue, Norwegian.
Coming from both the computer and the electric guitar, the sound field explored is glitchy and exciting, and tactile and harmonic. 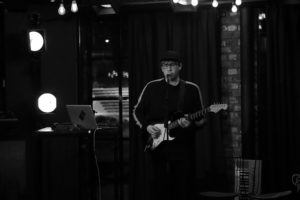 Harald Jordal is a composer from Norway. He works in close relation with performers to create pieces with elements of electronics and theatre. In his solo works, he focuses on mixing different styles of electronic music, from contemporary to popular genres, through programming and electric guitar performance.

His music has been performed in Aarhus (WP), Vilnius (WP), Graz, Helsinki, and Berlin, and regularly in Oslo. In 2017 he co-produced the bronze winner of Europe’s First Student 3D Audio Production competition in Graz.
As of 2017, he organizes the concert series LISA, and is a composer and electronic performer in the international contemporary music ensemble Echtcore. 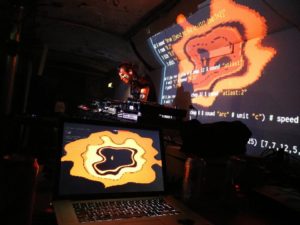 Alex’s performances are in general improvised, however he has started recording music, leading to the six track Peak Cut EP on Sheffield label Computer Club. Bleep.com said of it “.. Yaxu’s polyrhythmic and hyperreal strand of techno is showcased on cuts like Public Life and Cyclic showing that he is not just testing the confines of how music can be consumed but also how genres can sound. A truly forward-thinking influx of material from Yaxu and the Computer Club team”. He’s currently working on his first solo album Spicule, again with Computer Club.

Alex is active across the digital arts, including organising the annual Festival of Algorithmic and Festival Movement [http://algomech.com], co-founding the Algorave and TOPLAP live coding movements, and instigating the live coding environment TidalCycles [http://tidalcycles.org]. He works as post-doc researching ancient textiles as digital art for Deutsches Museum [http://penelope.hypotheses.org/], and as a trustee of Access Space Sheffield. 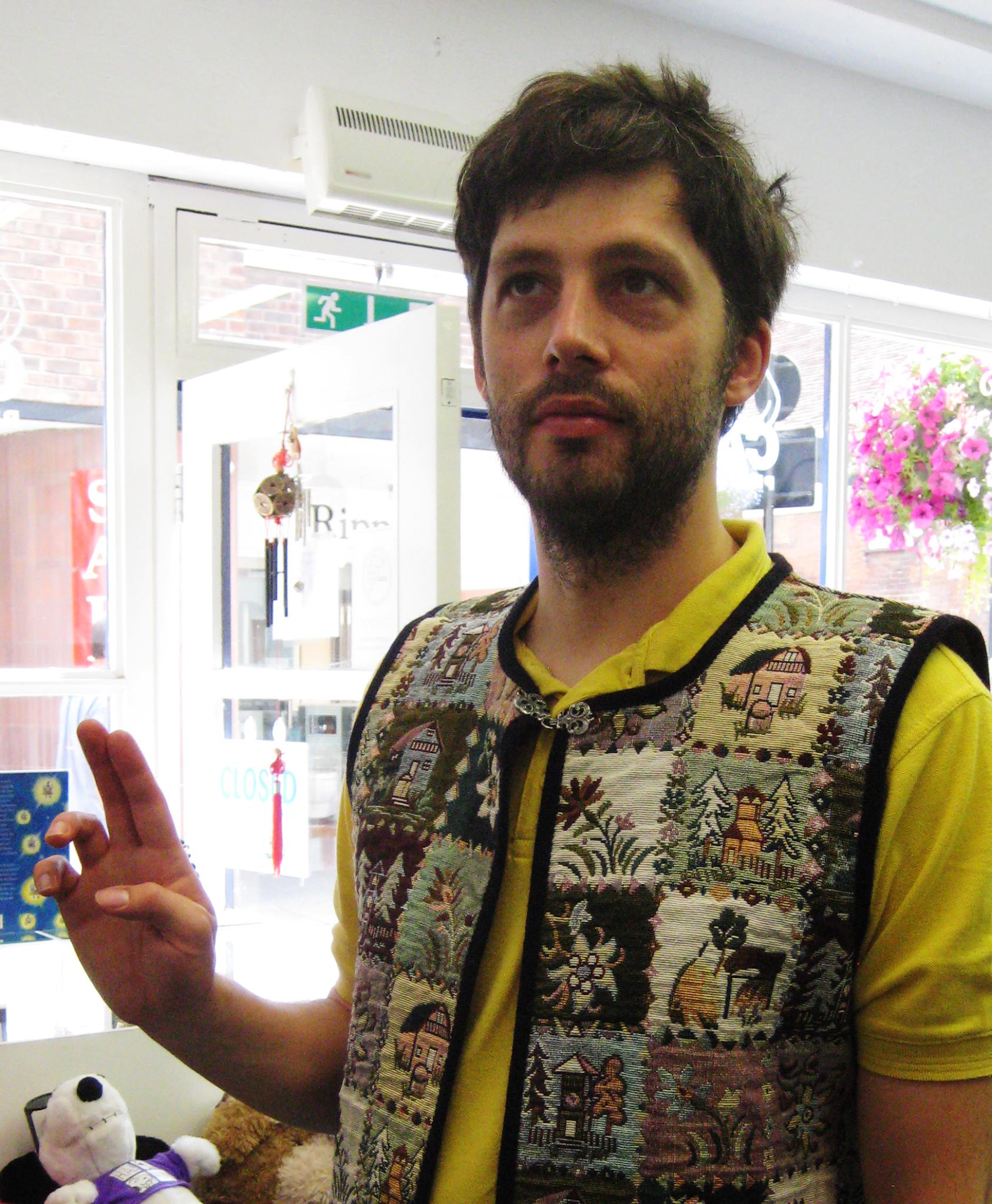 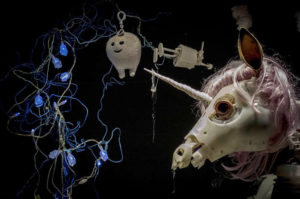 He has been teaching interactive media at the Iceland University of the Arts since 2014 and was a co-founder of the Fjúk residency in the Northeast of Iceland. 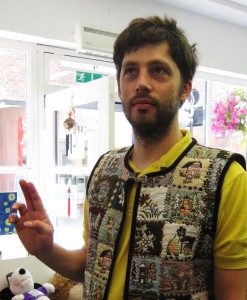 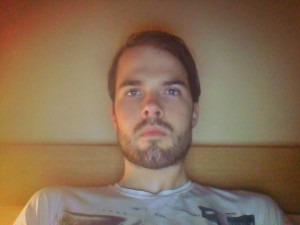 Hlöðver (Hlolli) Sigurðsson, is a composer, live-coder and programmer from Reykjavik based in Berlin. He started live codeing in 2013 during his studies in the Iceland Academy of the Arts and has since then performed regularly with his own free software called Panaeolus in algoraves and festivals in Europe and Americas. Hlöðver is also active in various creative coding communities in Berlin in collaboration with other digital artists and has given talks and workshops on live-coding. Hlöðver is creator, maintainer and contributor of dozens of different music and audiovisual software, all of which can be found on github under free-software licences. The algorave performances from Hlöðver are always improvised and could be described as wild sounds morphing in texture over time with many layers of asynchronous loops, which has shown to be effective in prompting the audience to dance as well as crashing the software in colorful ways. 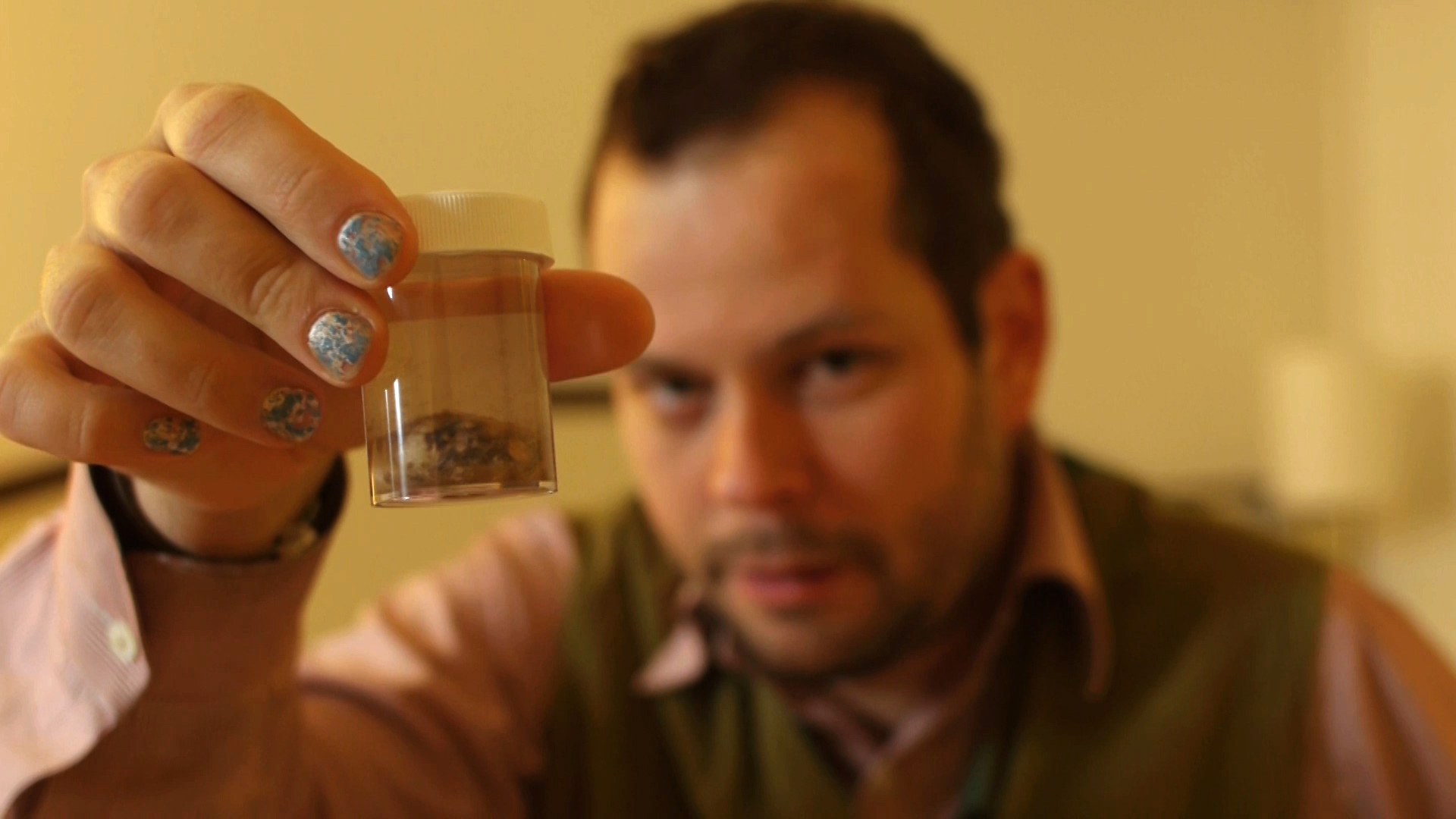 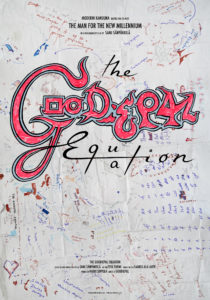 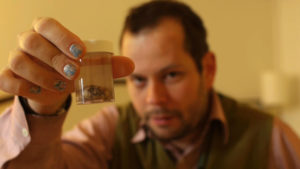 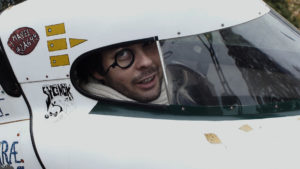 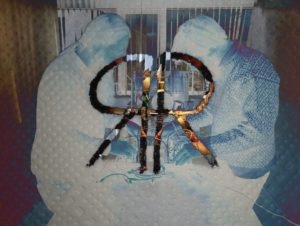 Resterne af Rigsfællesskabet (Remnants of the Danish Commonwealth) is Heðin Ziska Davidsen [FO] and Jesper Pedersen [DK/IS]. They play music with modular synthesizers. The music is experimental, and improvised on the spot.

R.A.R. has played concerts at Iceland Airwaves off-venue, Raflost, Mengi and in 2019 they will embark on a journey to the outskirts of the Danisk Commonwealth with the Inuit drum dancer Miké Thomsen.